During the weekend the CF Association celebrated their 50th birthday, and I'm aware that its 1 year older then CF Trust (UK Version). So congratulations on the golden jubilee!

While so much has changed in those 50 years, a few things have stayed in the year 1963.

The Annual CF Association Conference should be renamed as the CF Infection Party. While there is a "strict" infection policy, there is still people with CF in the same room, same air, for hours on end.

Recently there was a guideline for CF control states;
"At any CF Foundation-sponsored indoor event, meeting or office, including gatherings such as Foundation chapter committee meetings, only one person with CF may be present."

I don't understand 1) why PWCF get a letter of attendance from the association when we shouldn't be in any sort of contact, and 2) why do people with CF disregard these guidelines. Have some common sense, and DON'T attend a CF sponsored event when it could be detrimental to your own health.

Recently I read that "it's time to become a bubble boy" and to start selling "bubble boy outfits". I can't believe that a PWCF who is also a figure-face in the Cf world can be so nonchalant with these guidelines. I think it's very irresponsible. I have also turned down his invitation for me to meet up with him in person.
I get the point that people with CF want to have personal contact with each other. To talk about CF and for an emotional consolation. But things like Skype, FaceTime, Facebook, Twitter and all other versions of social media have made it accessible for PWCF to talk. Is it really worth it to mix with other CFers?
The fight for isolated rooms has been a huge campaign by PWCF in Ireland, and everyone wants isolated rooms.
Fight for single rooms but then give out that PWCF can't mingle in real life. So how that make sense? Double standards, and again i refer to the reluctant "rebellious teen" attitude by PWCF. I will never understand the mentality of those PWCF.

We need change, and those PWCF who mingle and want to mingle with one another changes, then we can't move forward.

On a different note!
One of the main reasons for why I am so healthy is because of this man! Prof Tempany. After he retired from working in Crumlin Hospital, I was one of the lucky ones to visit him in his house. He was such a fantastic Doctor/Professor and I will always remember his cold hands while using the stethoscope! 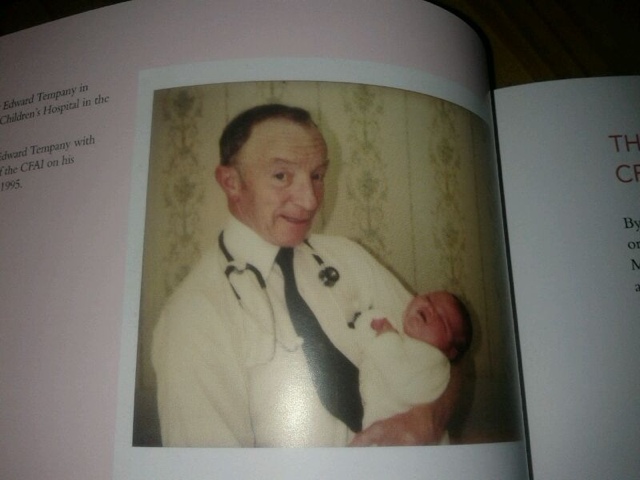