To Vote Yes or No? That Is The Question

In the lead up to the referendum on Gay Rights, I had to ask myself these questions as thou i was homophobic. I try to understand other peoples frame of mind. Usually it helps me to explain my point better on why the situations should be allowed.

So, when you talk to a person about people who are gay you get told “God made Adam and Eve, not Adam and Steve”
Firstly, God made gay people as well, so that answers that. However, If i was a believer in God thats what I would say. The argument went on in my head as I asked myself further what they might say. “God didn’t make gay people, the Devil did”. Let me explain something about genetic diseases and how I believe they started.
If you believe in the story of Adam and Eve. The couple made 2 kids called Kane and Abel. It is inevitable that incest would have had to occur to recreate life. Thats the fact in the situation, and that how I believe genetic diseases originated. Ask yourself this question if you are homophobic. How is incest ok but being gay isn’t?

When I asked myself further questions about people who are gay and that they can’t reproduce life. This is also fact, and if I was to get asked this question by someone who is religious, I’m not sure how to answer this apart from love isn’t always just about the end result of reproducing life. It is one part of it. If it was the only part, the world would be over populated. And this might be a lead from that. Maybe God made gay people in a way that love can still happen between two people, and it will mean that the world won’t be over populated. Which leads me to my last point. Love is so powerful, and I believe that if two people are truly happy then who are we to say otherwise? 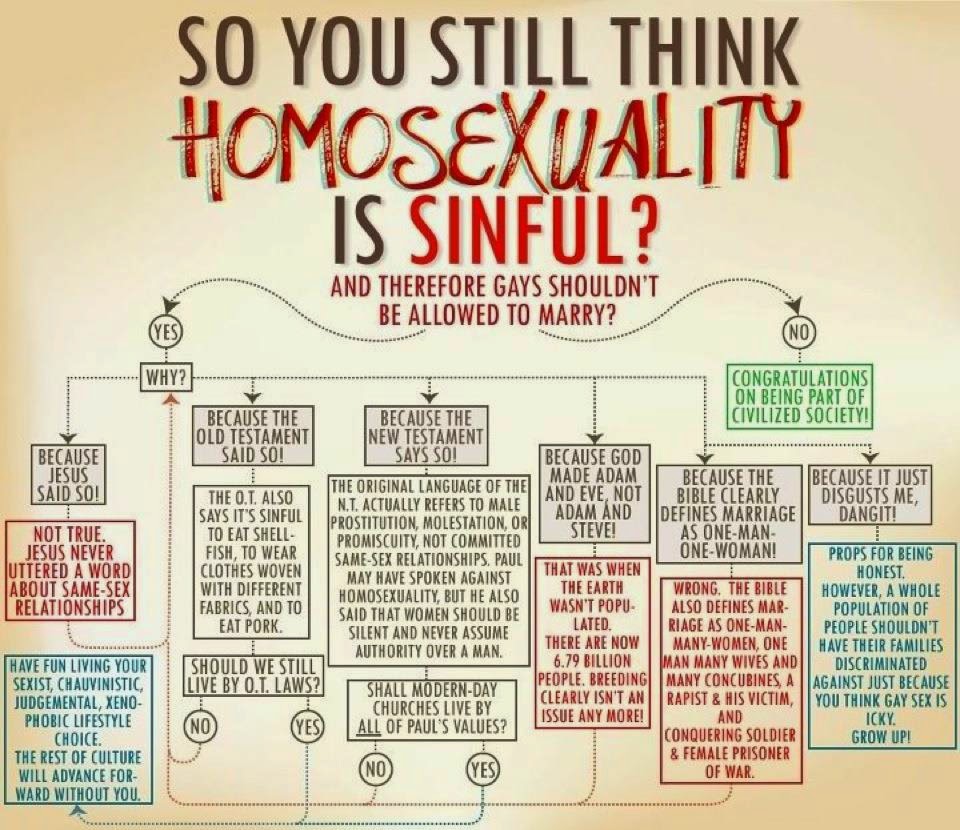